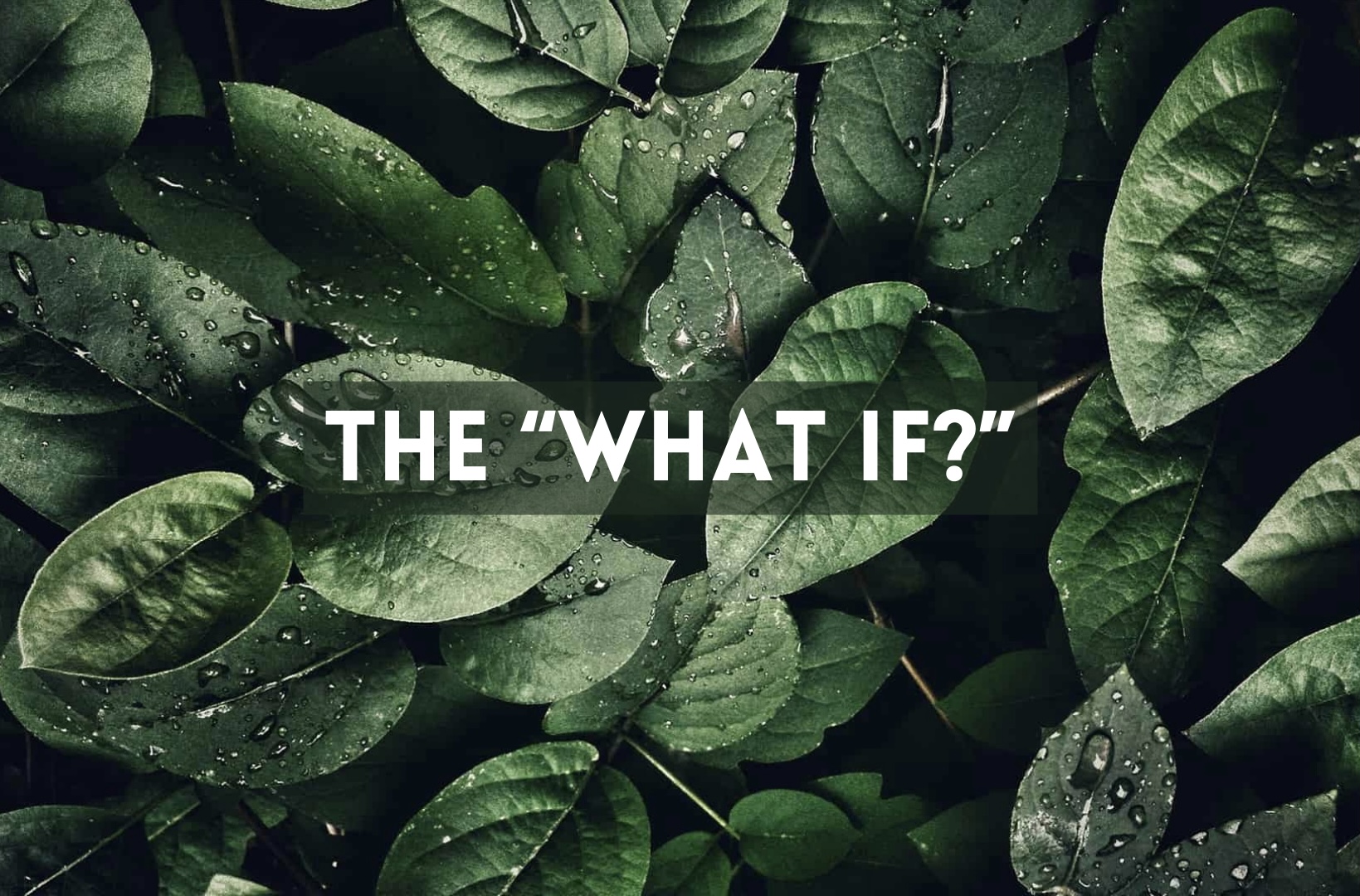 I am much different now than I was before, and one of the things I owe a lot of my success and happiness to is changing my mindset from “what if?” to “so what?”, or better yet, “what’s the worst that can happen?”.

The biggest change in my life recently - starting this business with Tarot Readings - would have never happened by only asking myself “what if”. There are still many possibilities and outcomes of this path: I could get no interest from the public, some people may not even believe in what I do, my business could fail, and so on.

So what? If people don’t believe in what I do, they’re not the ones I’m doing this for. If by chance my business does fail, I can move on to something else or try another way to honour my passions. Just because something doesn’t work out, it doesn’t mean that nothing ever will.

That list of “what ifs” is ultimately the worst that can happen when giving it a shot. By giving in to that fear and not giving yourself a chance, you could miss out on a whole new list of “what ifs”: what if I’m missing out on my dream life; what if it could be a great success and I don’t even give it a chance; what if I’m ignoring what I truly desire…

We sometimes give too much power to fear, sometimes so much that we prevent ourselves from having what we really want in life.

If you’re thinking about a decision or a change of some kind, regardless of what area of life it’s in, instead of only asking yourself, “what if?”, tell yourself, “So what, what’s the worst that can happen?”. Don’t dedicate your energy to thinking of possibilities that haven’t even happened. Instead, dedicate your energy to believing why you deserve a positive outcome from it. “I deserve a successful business because of the time and energy that I put into my passions”; “I deserve a good outcome because I’ve worked for it”; “I deserve happiness and I deserve this because it’s in alignment with my energy”.

The power of mindset is everything. If you want something, go for it. What’s the worst that could happen? What if it turns out to be everything you’ve ever wanted?

Book A Reading With Me
Use code HAPPY2022 for 22% off any Tarot reading service.